Positivity In Property Market For 2018? 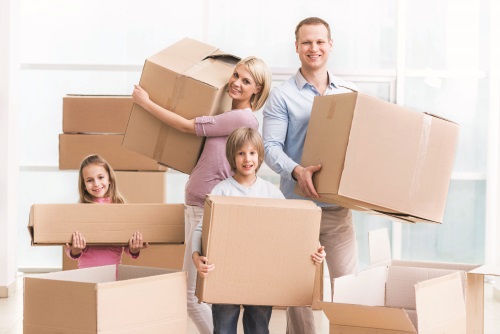 At the end of 2017, you couldn’t move for people and specialists making predictions. This is the same at the end of every year but for the property market, it appears the experts were predicting a gloomy and challenging year ahead. With aspects like Brexit and a lack of confidence being cited by many professionals, most specialists were saying that property prices were set to fall in 2018.

Therefore, the announcement from Nationwide for January 2018 took many people by surprise. In fact, the Chief Economist from the Nationwide stated that the organisation was shocked at the increase in house prices. This wasn’t just a standard increase, this was the largest rise in house prices for 10 months. For January of 2018, the average price of property was listed as £211,756.

This was an increase of 0.6% from the December of 2017 figures but when looking at the year-on-year figures, there was an increase of 3.2%. With this increase flying in the face of most predictions, some people may think that it is kay to start looking at the rest of 2018 in a more optimistic light. It is probably too early for that, and many specialists still suggest that the market will slow or decline, but there is a need to understand why property prices rose when they were predicted to fall.

A lack of suitable housing impacts on the property market

One of the key factors, if not the most prominent factor, in the property market over the last ten years or so is the lack of suitable housing. There is a need for affordable housing in the UK and when this isn’t present, simple economics, with demand outstripping supply, leads to an increase in property prices.

It is believed that January saw a fall in the amount of properties being placed on to the market. In a way, you wouldn’t blame homeowners for not placing their home on the market in January. After all, most predictions suggested that property prices were going to fall, which means that some homeowners will have decided to wait to later rather than placing property on the market at the start of the year. Ironically, the homeowners who ignored the predictions and placed their property for sale in January would have benefitted from increased prices.

There is no doubt that property predictions impact on the market by changing certain people’s behaviour. This means that the positivity in the January market may lead to more homeowners looking to sell their home, which could see prices falling.

It is difficult to predict what is going to happen with the property market. So many factors influence the market and there are always new elements to consider. After all, the removal of stamp duty for first-time buyers purchasing property at less than £300,000 probably hasn’t fully impacted the market yet, so this could be another issue that is worth paying attention to.

If you are looking to make a move in or around Dunstable in 2018, contact Deakin-White and we will do what we can to help you take the next step.