Formula One Racing Champion Lewis Hamilton snaps up Manhattan penthouse for a cool $40.7 Million just a block away from a luxury apartment he bought in 2017

By LEAH MCDONALD FOR DAILYMAIL.COM

The British native, 34, purchased the four bed penthouse in a celebrity studded condo project in Tribeca , just a block away from another penthouse he bought in 2017. 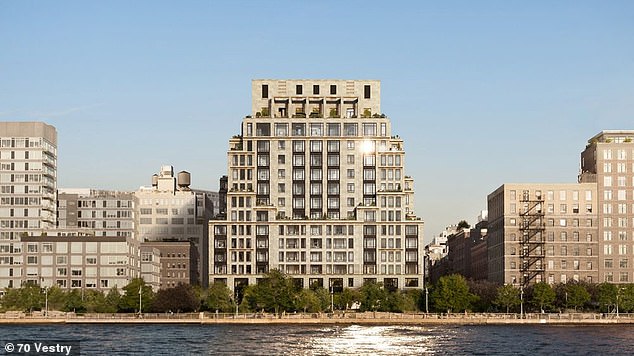 Lewis Hamilton splashed out $40 million for the stunning penthouse in this limestone building on 70 Vestry Street in Tribeca, Manhattan 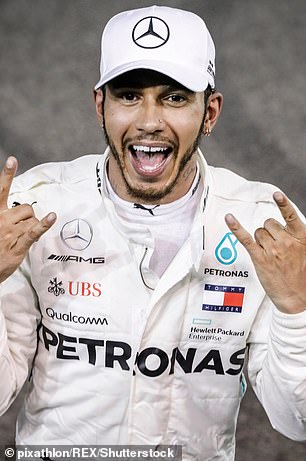 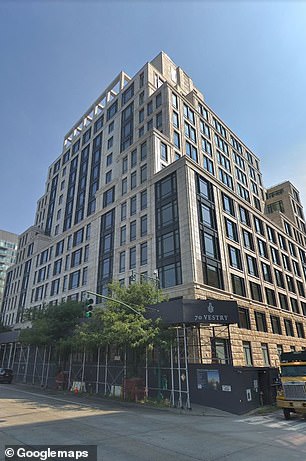 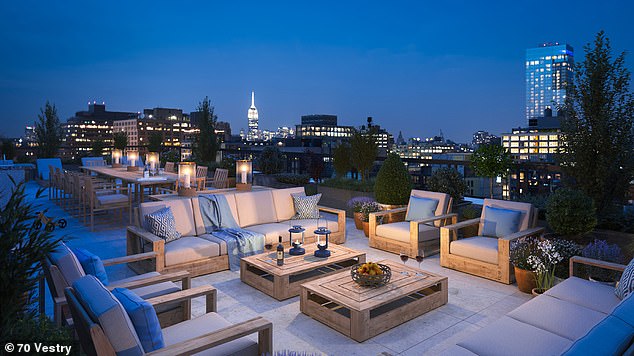 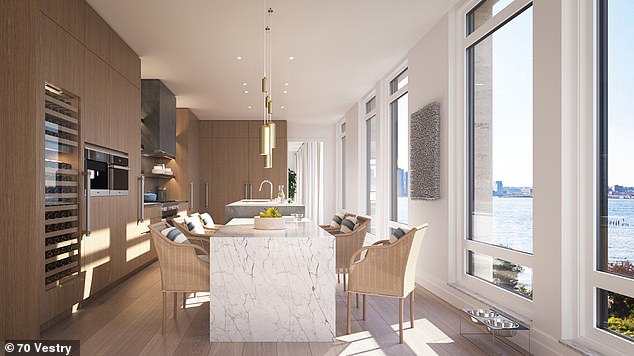 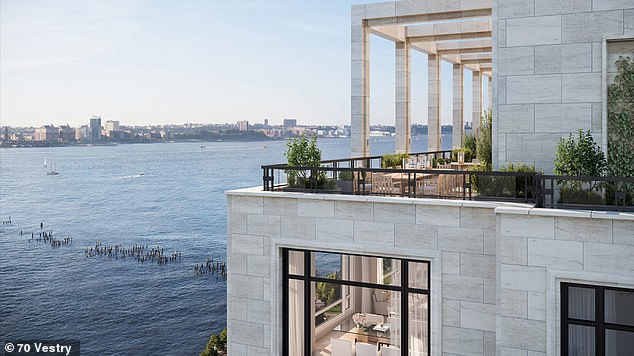 The property has four bedrooms and spans 6,457 square feet in addition to more than 3,000 square feet of outdoor space.

The home also has unobstructed views of the Hudson River.

Complete with a large courtyard, the development also has an 82-foot-long swimming pool, a squash court, a library and a lounge where its well-to-do residents can host dinners and cocktail parties.

The Wall Street Journal reported that one block east is Hamilton's other apartment located at 443 Greenwich Street. 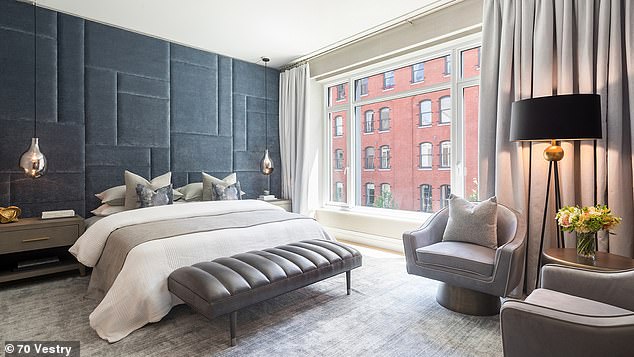 A guest bedroom features furniture in grey crushed velvet to match a dark grey feature wall, which doubles as a headboard for the luxurious queen-sized bed 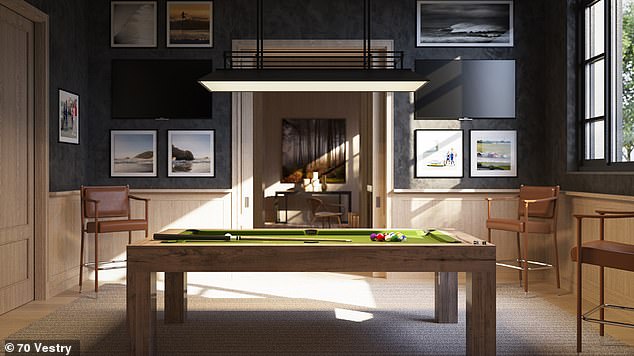 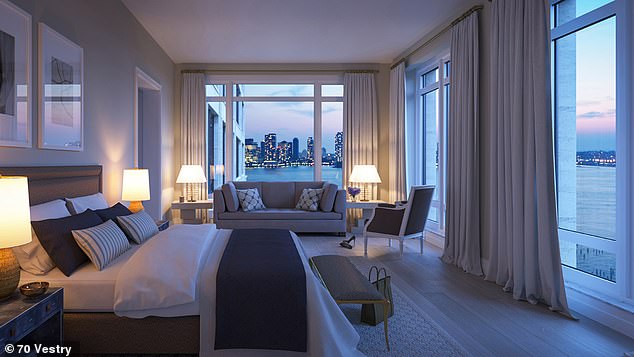 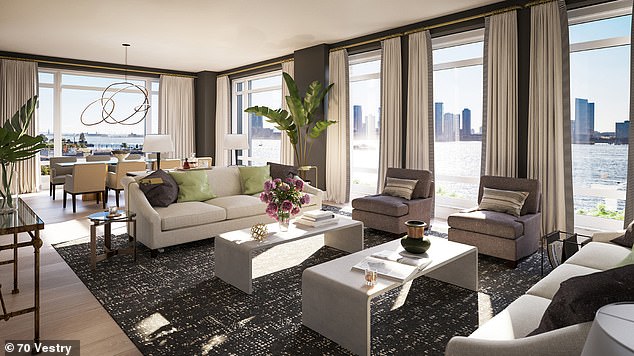 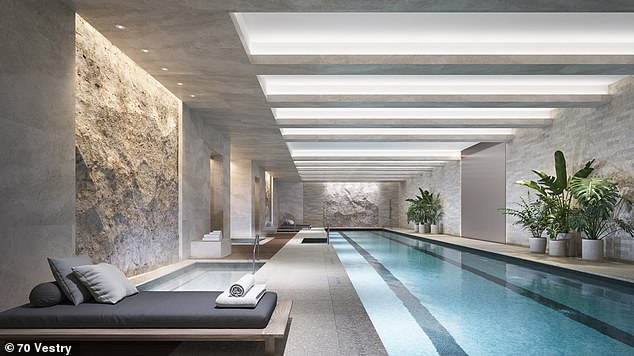 The development also has an 82-foot-long swimming pool, surrounded by loungers as well as a cold plunge pool and hot pool

The loft-style apartment is located in a former book bindery, an indoor swimming pool and a wine cellar.

Other celebrities who have owned properties at the address include actors Jennifer Lawrence and Mike Myers.

Hamilton bought the unit in March 2017 through the same holding company as his latest purchase. 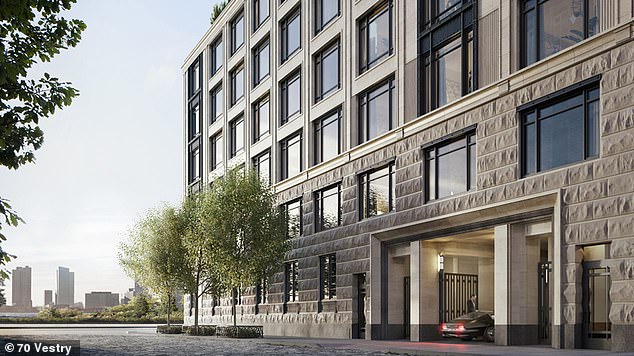 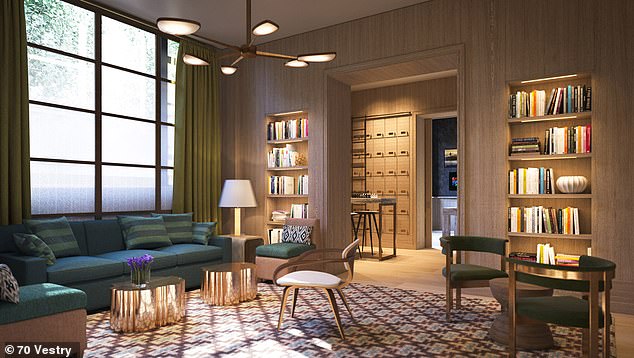 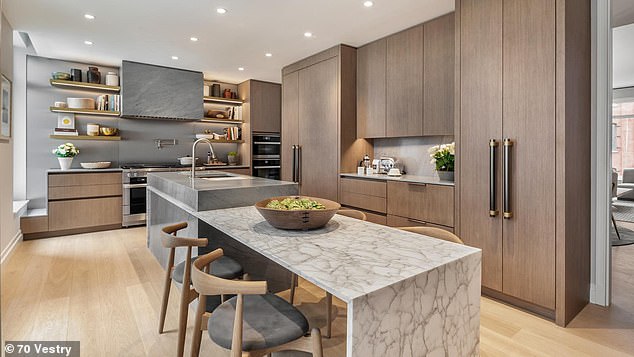 The kitchen area has a small marble table for convenience, as well as a stone island unit, fridge-freezers elegantly concealed behind wooden doors and a massive extractor hood above the oven 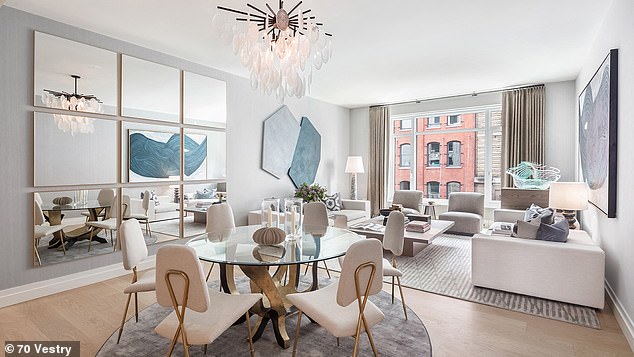 One of a number of plush living areas which is accompanied by decadent artworks, designer tables and chairs 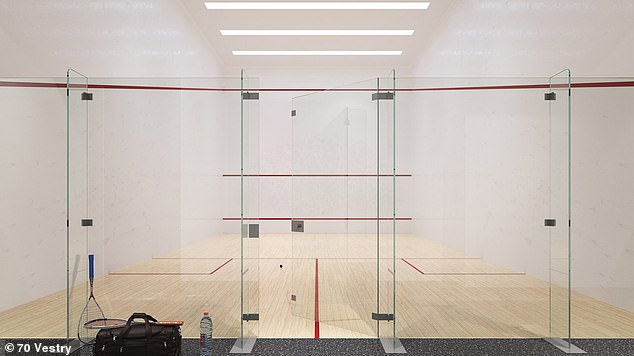 He won his fifth Formula One Title last year and became only the third driver in history to win so many times.

Hamilton officially resides in Monaco, owning an apartment in a block in which several Formula 1 drivers also live.

But the five-time world champion is an avid traveler, often hopping across continents when he's not racing. 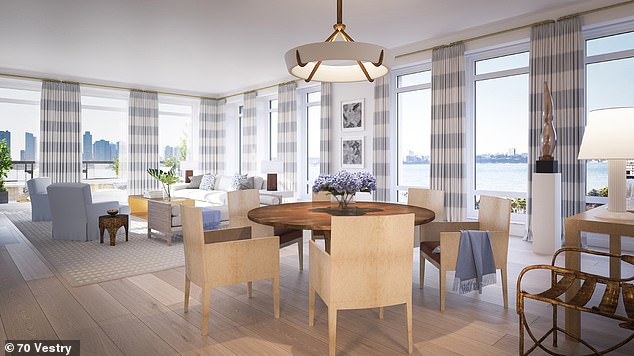 The penthouse features another large living space across one of its other levels, with a round table for formal settings or sofas for more relaxed occasions 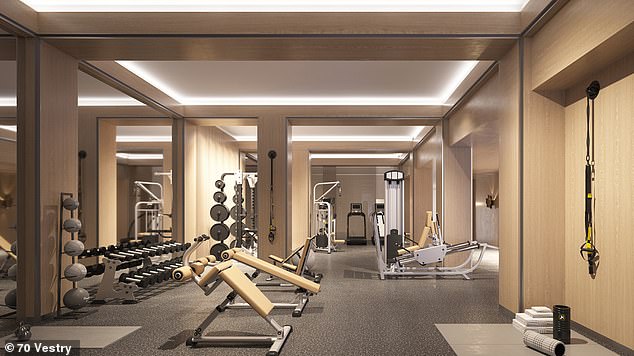 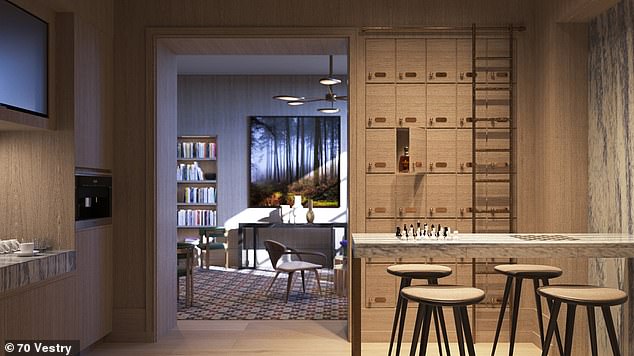 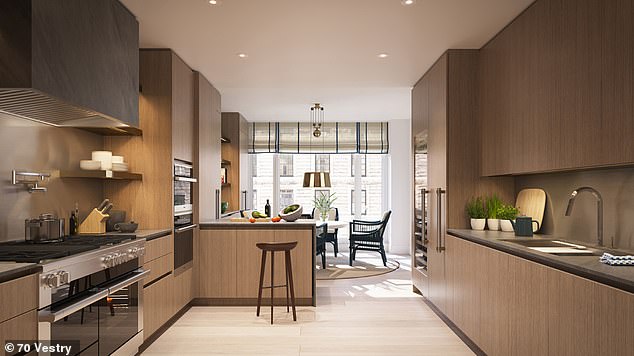 A smaller kitchen serves as a more functional space for a quick breakfast or lunch, with a neat dining area by the large windows 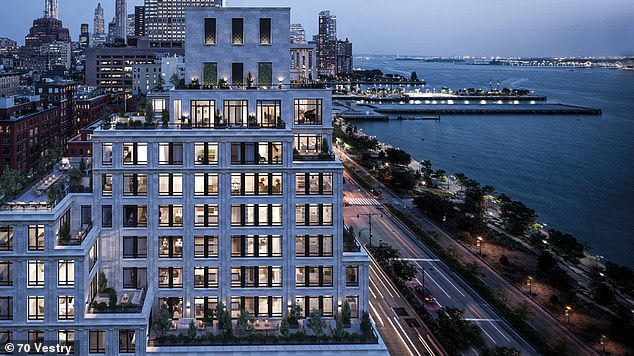 A deal with Tommy Hilfiger signed in 2018 makes Hamilton a brand ambassador with plans for him to promote the Hilfiger Collection, Tommy Hilfiger Tailored line and its range of menswear, underwear and swimwear.

He is currently ranked 47th on Forbes Rich 2018 rich list with an estimated fortune of $51 million. 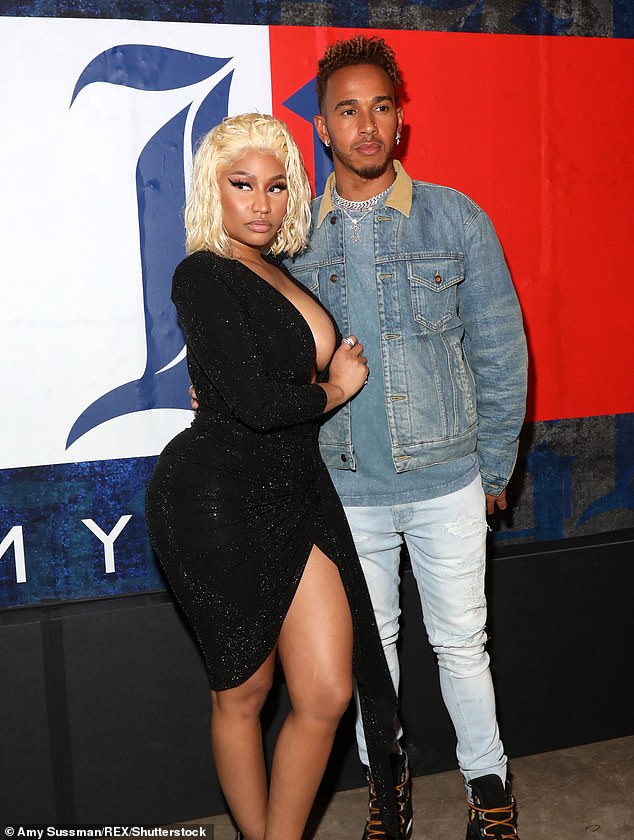 Last year he stoked rumors of a romance with Niki Minaj -  when the two appeared on each other's Instagram accounts.

They were spotted riding through a desert on a single four-wheeler in Dubai.

In September, Nicki was spotted once again cozying up to Lewis at the show for his new Tommy Hilfiger collaboration.

Lewis has been previously romantically linked — whether confirmed or not — to the likes of Nicole Scherzinger, Rita Ora, Sofia Richie, Winnie Harlow, Rihanna and Kendall Jenner. 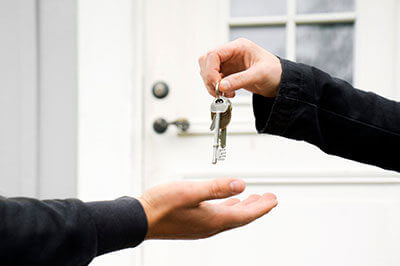